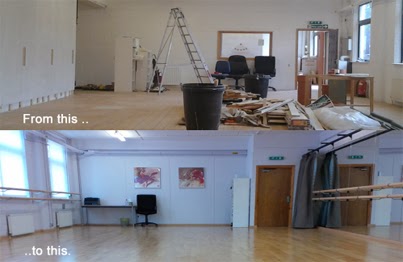 How we helped transform this private dance studio in Nottinghamshire
Customer: Redhead Scott School of Dance, Nottinghamshire
Project : Supply and installation of ActiWood Sprung Floor, Integra System and Studio Curtains
Having equipped the School’s brand new studio in 2010 with our ActiSprung Dance Floor and Integra Mirror/Double Barre System (complete with Curtains), this highly over-subscribed dance school called upon The Ballet Barre Company once again in 2013 when they needed to equip their second studio.
To cope with the schools expansion in offering a wider variety of dance, our Actiwood Sprung Floor was installed to provide a sprung floor suitable for working with a range of dance from ballroom to ballet. Providing a level, solid hardwood surface in light Beech finish, our Actiwood Sprung Floor is ideal for coping with the rigorous demands of this active studio.
Our specialist Integra Mirror/Barre System was once again specified for the second studio to provide a seamless wall of mirror (no gaps or horizontal divisions) with the appearance of a floating ballet barre.  The wall of Integra was finished with a beautiful set of specially-sourced silk fabric curtains to provide the exact colour and specification requested by the client.
With over 800 students and over 50 years of teaching, The Redhead Scott School of Dance take great pride that they are now teaching the grandchildren of their very first students!
If you need any help with your dance, fitness or drama studio email:
Sharon@theballetbarrecompany.com

Posted by The Ballet Barre Company at 05:34 No comments: 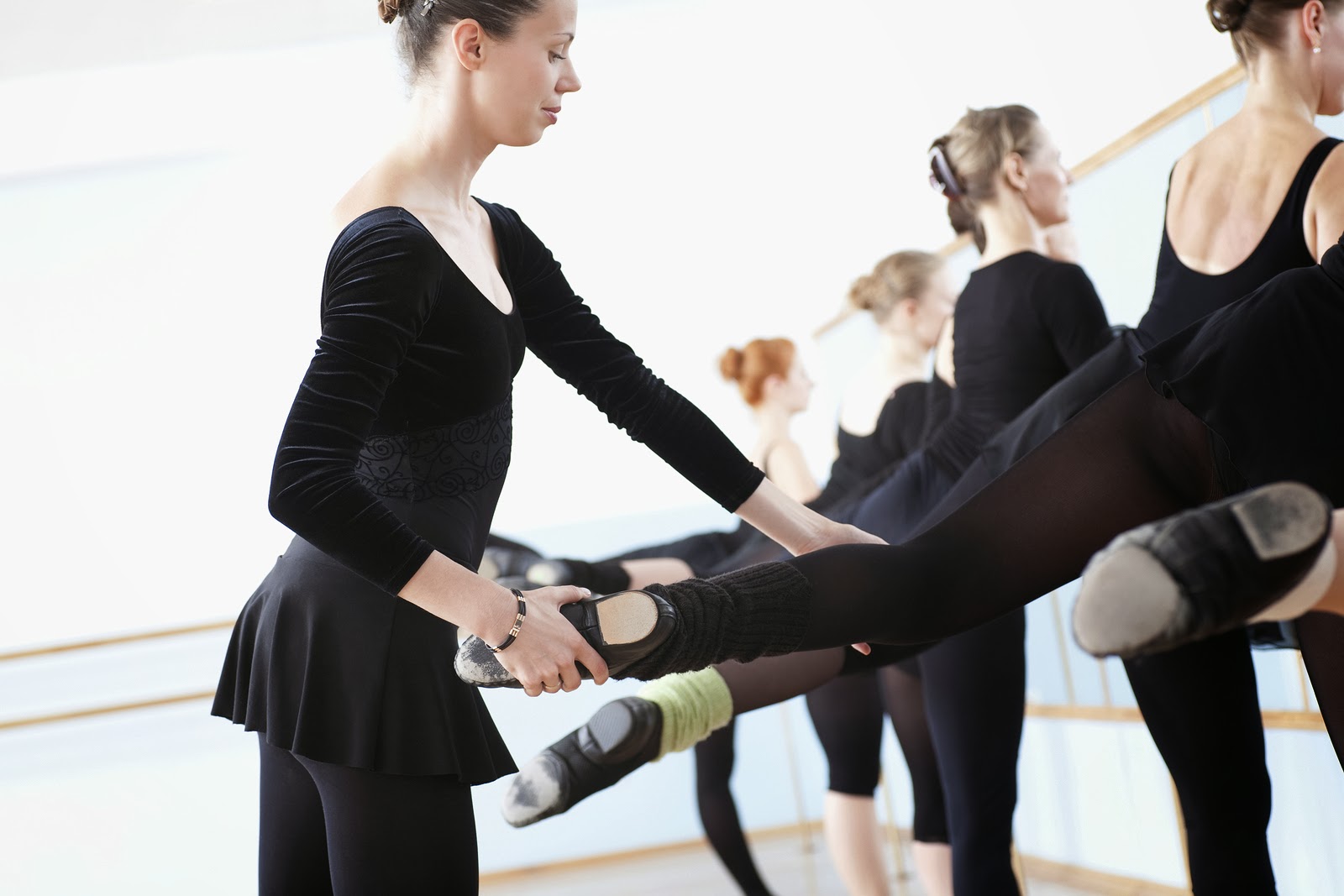 Read this great article on the new barre work-out trend, which just seems to be getting more and more popular.
The Ballet Body Beautiful
Maybe it was Natalie Portman’s fairy-like form in Black Swan that was the trigger, but when word got out that the Oscar winner had trained with Mary Helen Bowers - a former dancer with the New York City Ballet and founder of the Ballet Beautiful fitness method – classes were crammed. Alexa Chung, Anne Hathaway and Kelly Osborne are all satin-slippered regulars, as is Miranda Kerr, who regularly posts selfies stretching at the barre or perfecting a demi plié. Having travelled across the pond, ballet-based classes have proved themselves more than a fad over the past 18 months, with studios springing up all over London to meet the demand of dedicated followers.

Despite its exercise-of-the-moment moniker, the workout concept has its roots in the Lotte Berke Method, developed 50 years ago by an injured dancer intent on retaining her balletic physique. “It’s an ever-changing method that systematically works out every muscle group in the body,” explains Barreworks founder Vicki Anstey, whose Barreworks Ballet Workout incorporates aspects from standing and floor barre, deep-core exercises and choreographed movement. “At its base, the Method is about mirroring a dancer’s training regime, but there’s no leaping about or high impact work, just a high intensity, strength-building programme that delivers amazing results,” says Vicki. “Body shape can change beyond recognition – discovering muscle definition on arms, upper back and legs becomes a daily occurrence for regular attendees.”

The small isometric movements taught may appear easy, but they make for a calve-burning, abdominal-quivering session. “More than calorie burn, they drive insulin into the cells, making the body more effectively able to process carbohydrates,” says Barrecore founder Niki Rein, widely credited with bringing barre fitness to Britain. “Not only do you get solid resistance training, but a cardiovascular workout from the interval training format we use, excellent for fat blasting and increasing metabolism.” How many classes before you can expect to see noticeable results? “Five to six sessions, and we recommend two to four classes a week to really notice legs tone up and become leaner, hips narrow and bums lift – the ‘barre bum’ is common terminology around the studio. There isn’t the opportunity to plateau as with most exercises.”

The term ‘barre high’ has been coined for the addictive post-class endorphin-fuelled buzz experienced, but that’s not the only feel-good benefit, says Niki: “We encourage everyone to visualise the muscles working together to perform each movement, and to push beyond the point where your mind is telling you to stop. Your mind can’t be anywhere else but on your body for one whole hour which makes it a type of moving meditation.” Core strength, strong resolve and calm – sign yourself up to one of London's most popular classes quick sharp...

Barreworks
Barreworks' classes include WorkOut, StretchOut and RunOut (a warm up at the barre followed by a run along the river in Richmond and then back to the studio for a stretch and cool down). Can’t squeeze in a class? Try one of the newly launched online sessions so that you can practice from the comfort of your home.

Barrecore
Beginners should try their signature class BarrecoreMIXED, while the short of time may want to attend BarrecoreEXPRESS, a 30-minute class amped up with high-intensity bursts; there’s even BarreBUMP for mums-to-be. Watch out for the new BarreBANDS class (launching this month) where stretch bands are used in nearly every exercise for a deeper and faster muscular burnout.

Pineapple Studios Come here for a selection of classes including Barre & Stretch, Basic Ballet and Body Conditioning (with a focus on barre work), many of which are taught by principals of ballet companies like the Royal Ballet and National Ballet Company.

BARREtoned
Mixed BARREtoned is the core class at this Notting Hill studio, created in consultation with a physical therapist, with a level 2 session available for the advanced.

Royal Academy of Dance
If you’re more interested in achieving the perfect line than the perfect abs, try a beginner’s class at the Royal Academy of Dance. Teaching the basics of ballet technique – with a view to moving up a level after a year – the classes are run as a course rather than on a ‘pay as you go’ basis. For the more experienced, there’s a General Level Ballet class each Saturday.   Sheerluxe.com
Why not follow us on Facebook to receive all the lastest news : CLICK HERE
Posted by The Ballet Barre Company at 04:48 No comments: